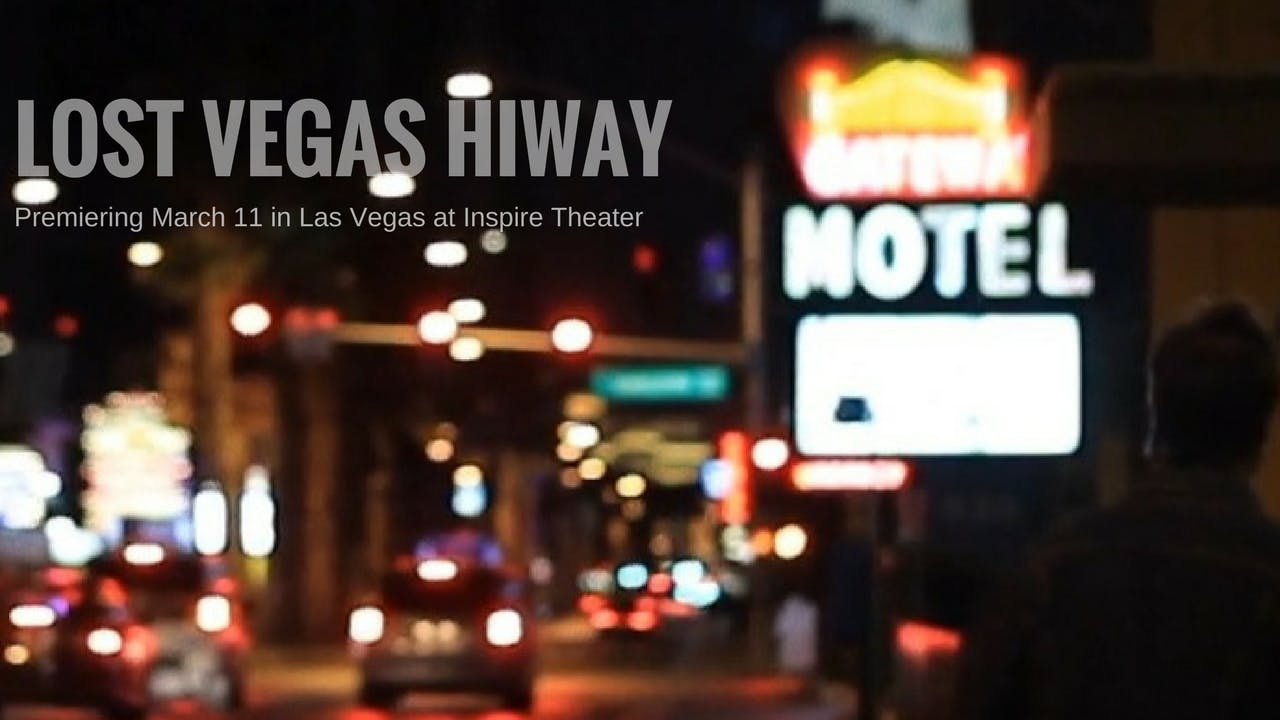 Imagine if Beyonce’s ‘Lemonade’ took place at a dive motel in Vegas but with rootsy americana tunes. This is the story of touring musician, Jeff Mix, who finds himself at the Gateway Motel, in the same city he got hitched in. That evening a gun shot rings out,. Someone will lose their life. With so many shady people, the shot could be meant for any one of them. The prostitute,the motel manager, the mob guy, the con­man, the mysterious man in search of a woman and her daughter.

Lost Vegas Hiway is a unique film that steps away from your standard 3 act story and allows the songs to help tell the story of the down and out souls at the Gateway Motel.

Featuring national artists Hal Ketchum, Gurf Morlix, Jack Ingram and Robyn Ludwick, as well as Blake Phillips( host on KUNV’s americana radio show ‘Our Kind of Music’), Tiffany Rose Thomas ( Killers at Play), Michael Blair (2015 best actor -Mrs. Mannerly). The film has also brought together so many musicians from the local ‘Vegascana’ scene. Featuring Ken Osborne (The All-Togethers), Jack Evan Johnson, Justin Mather, Chris Heers, Seth Turner, Paige Overton (The Clydesdale), Tsvetelina Stefanova (Same Sex Mary)Tom Meny of Austin Texas and winner of the prestigious Kerrville Folk Festival 2015 and some of Vegas’s most beloved venues. The majority of the film was shot in and around Las Vegas and the opening scene was outside of Austin, Texas at the famed Devils Backbone Tavern.